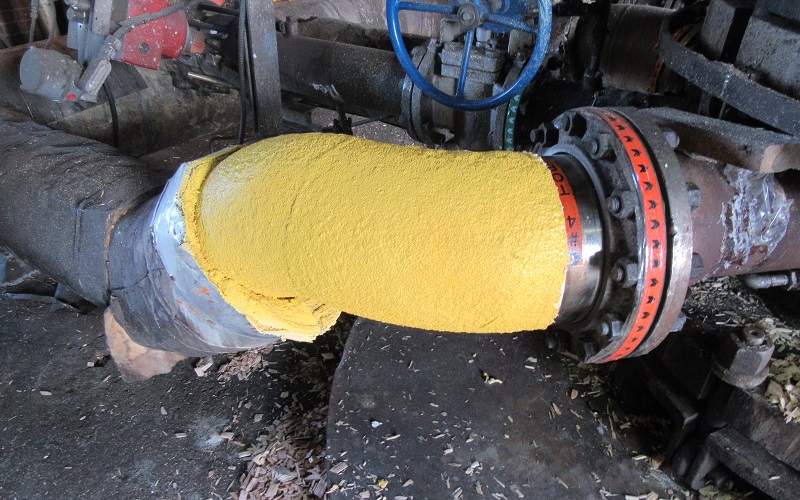 Safe touch, finished project photo of safe touch coatings by Tnemec/LDG, t1029T shown, hot pipes were prepped by power grinding and sp1 solvent wash, then, of course, all areas not to be painted had to be masked off, then t1224 primer was used followed by multiple coats of t971 the Aerolon safe touch coating by Tnemec/LDG followed by t1029T high-temperature surface coating as the finish color, also comes in grey if you wish to match piping or many other colors. 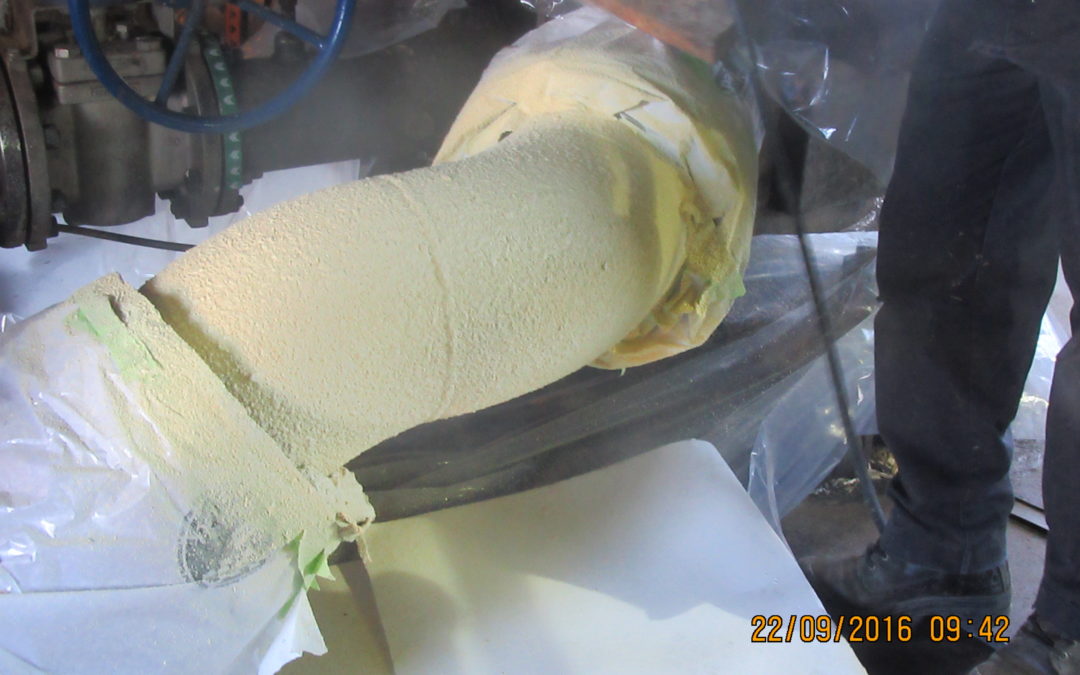 Shown here is the t971 aerolon coating after application, this specially designed coating has aerogel in it which gives the temperature resistance for safe touch conditions, now the personnel can lean on this pipe while they turn off the control behind it and not burn themselves, great idea Tnemec. 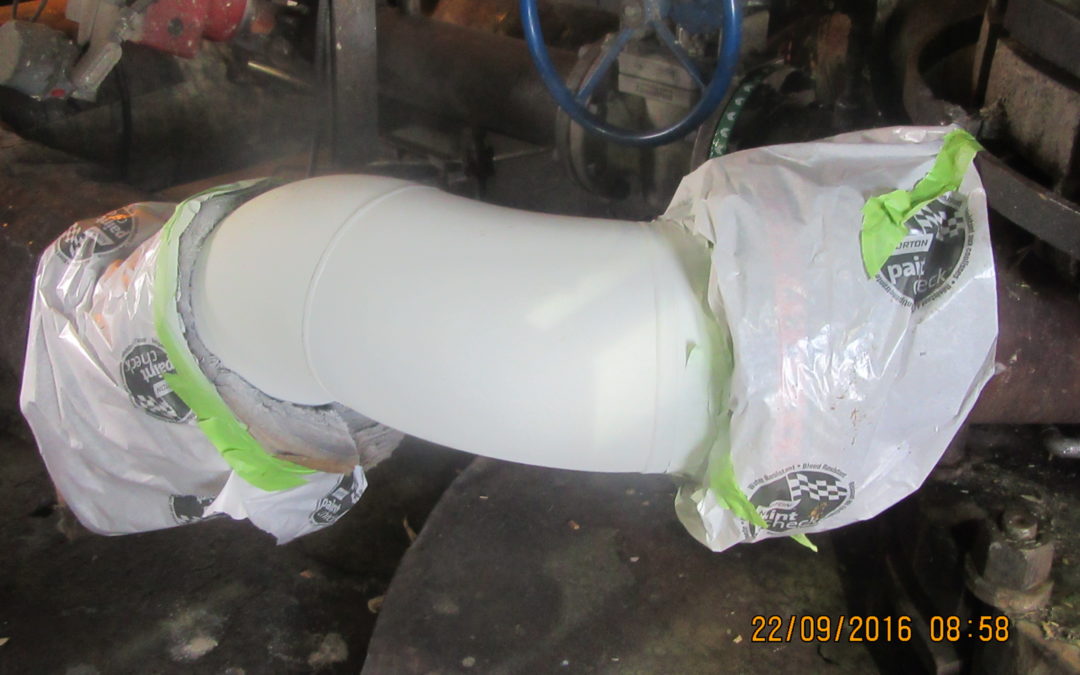 This shows the t1224 after it was applied, this water-based primer is designed to seal the existing surfaces and create a good base for subsequent coats.